San Francisco consistently ranks as one of the most expensive cities to live in, whether renting or buying. The median monthly mortgage payment is $3,590 (a 102 percent increase from 2012) while the median monthly income is $8,022.

With equity built up in their homes but little-to-no cash on hand for more immediate expenses, 87 percent of San Francisco-area homeowners feel house rich and cash poor, and 24 percent of those respondents feel this way most or all of the time.

Since its infancy, Hometap has been studying the house-rich, cash-poor phenomenon that has been building since the Great Recession. The widening gap between wages and housing costs as well as the lack of attractive options to access home equity is largely to blame for this crisis. In fact, according to Hometap’s recent homeowner study, 74 percent of San Francisco-area homeowners report their housing costs are rising faster than their income while 65 percent say they’re spending a higher percentage of their income on housing than ever before. 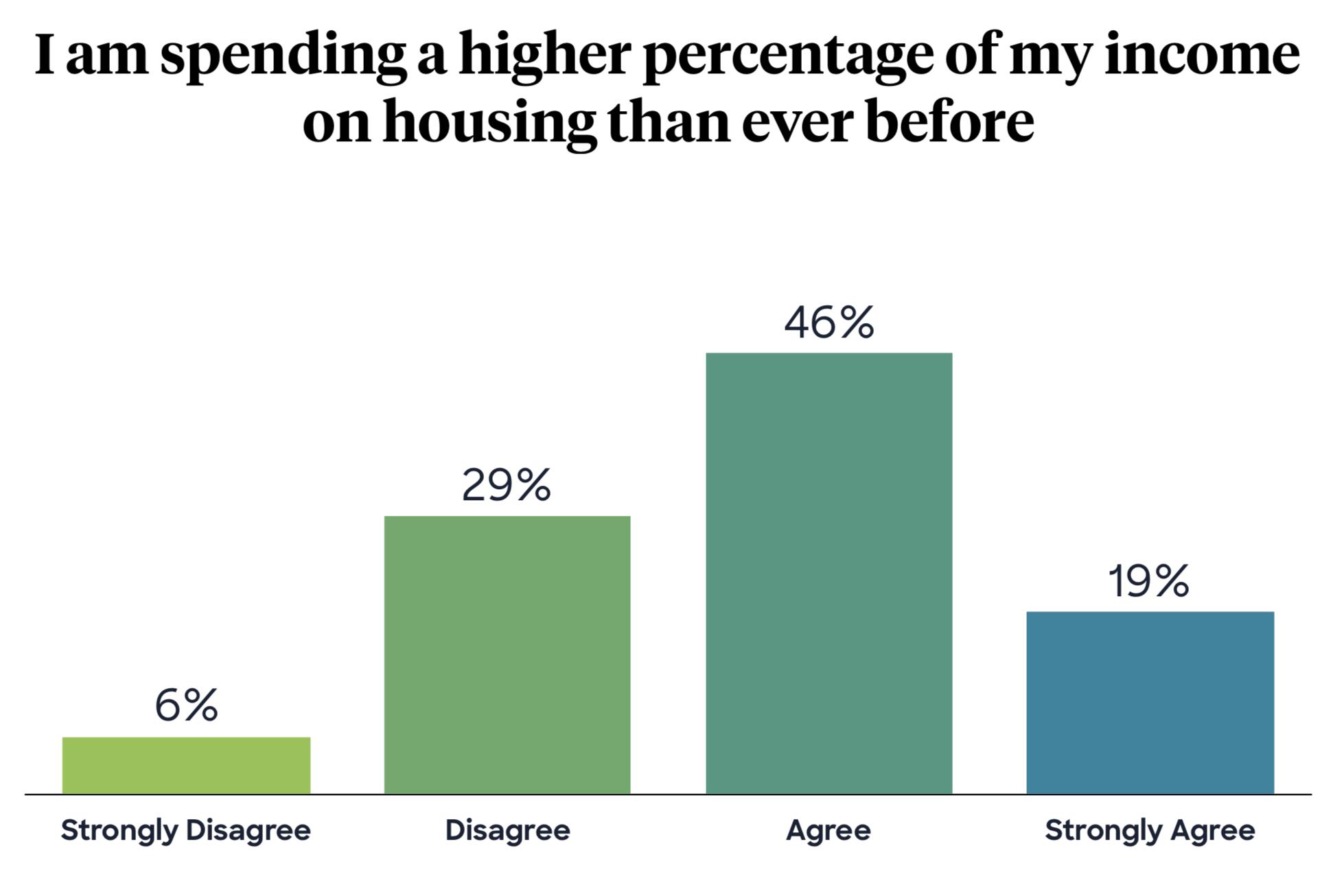 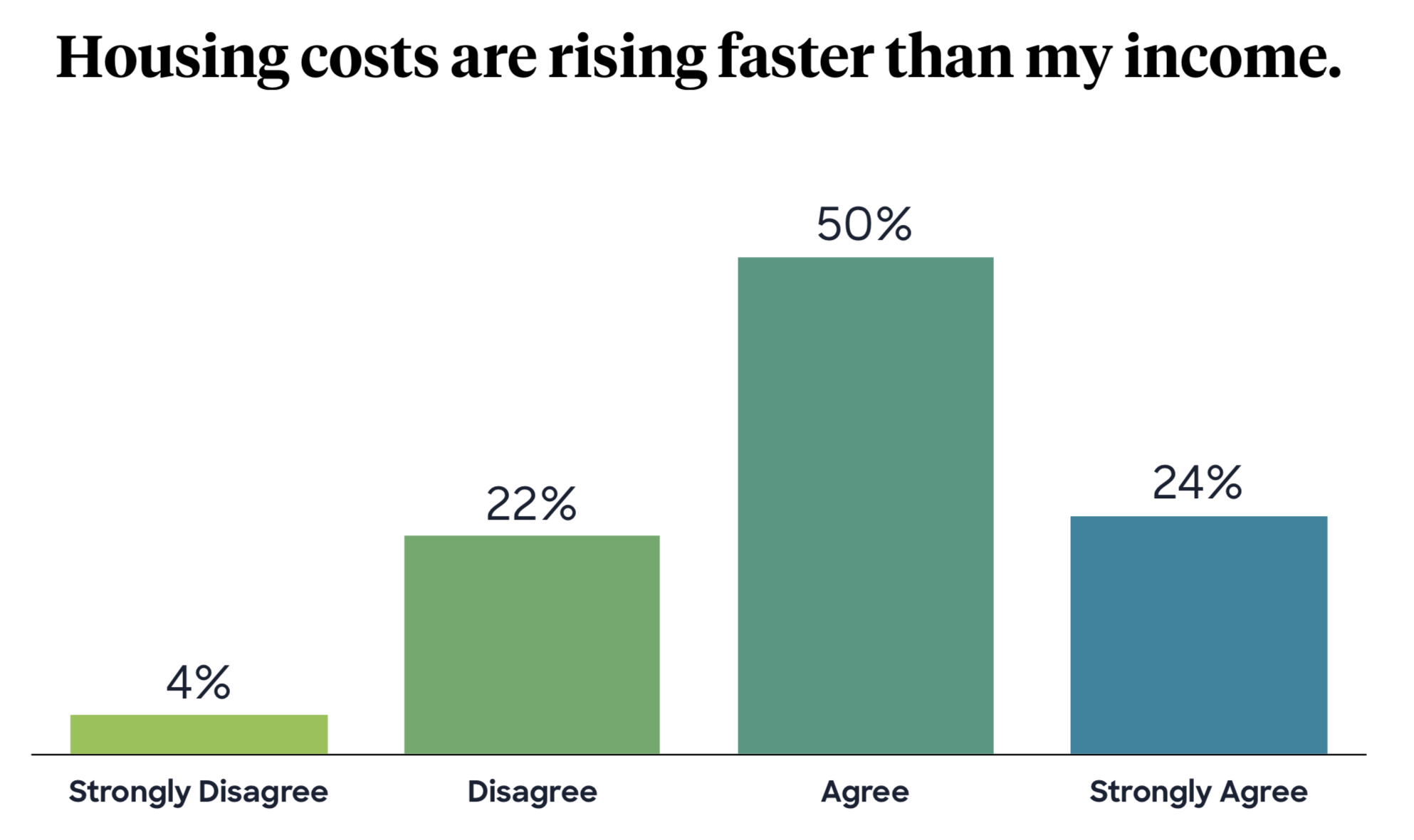 Our study of nearly 700 homeowners aimed to track the impact the house-rich, cash-poor crisis is having on homeowners across the country. What we found when we took a closer look at San Francisco homeowners is that while most can make their monthly mortgage payments, they’re stressed by the uncertainty around future income and anticipated costs of home maintenance.

Eighty-four percent of San Franciscans answered that they’re moderately to extremely stressed about future income, while 87 percent answered the same regarding maintenance costs.

Despite surging employment rates, day-to-day cost of living likely has many residents concerned about making ends meet. While “side hustles” or second and third jobs are tough to accurately track, as many are under the table, San Francisco is known for employees working multiple jobs to afford rent, mortgages and other common costs.

Like most other expenses, home maintenance and repair costs come at a premium in San Francisco compared to other U.S. cities, averaging $4,653 annually.

The best way to prepare for costly emergency repairs is to set aside money each year—and keep it there even if you don’t end up using it. HGTV recommends saving 1–3 percent of your home’s value every year for home maintenance and repairs. Saving now can save you stress later.

The vast majority of San Franciscans (92 percent) agreed that the gap between income and mortgage costs will get worse. However, in such a sought-after city, home values continue to soar, and those who believe they’re building equity in their homes (89 percent) are likely very accurate.

Homeowners may have difficulty achieving financial goals because they can’t access their home equity. In fact, 70 percent of San Francisco homeowners in our study don’t feel like they have good options for turning the equity in their home into cash. That may be because 42 percent don’t want to take on a loan and the debt, interest, and monthly payments that come with it. Another 22 percent say they could sell their home to access equity but would prefer not to. 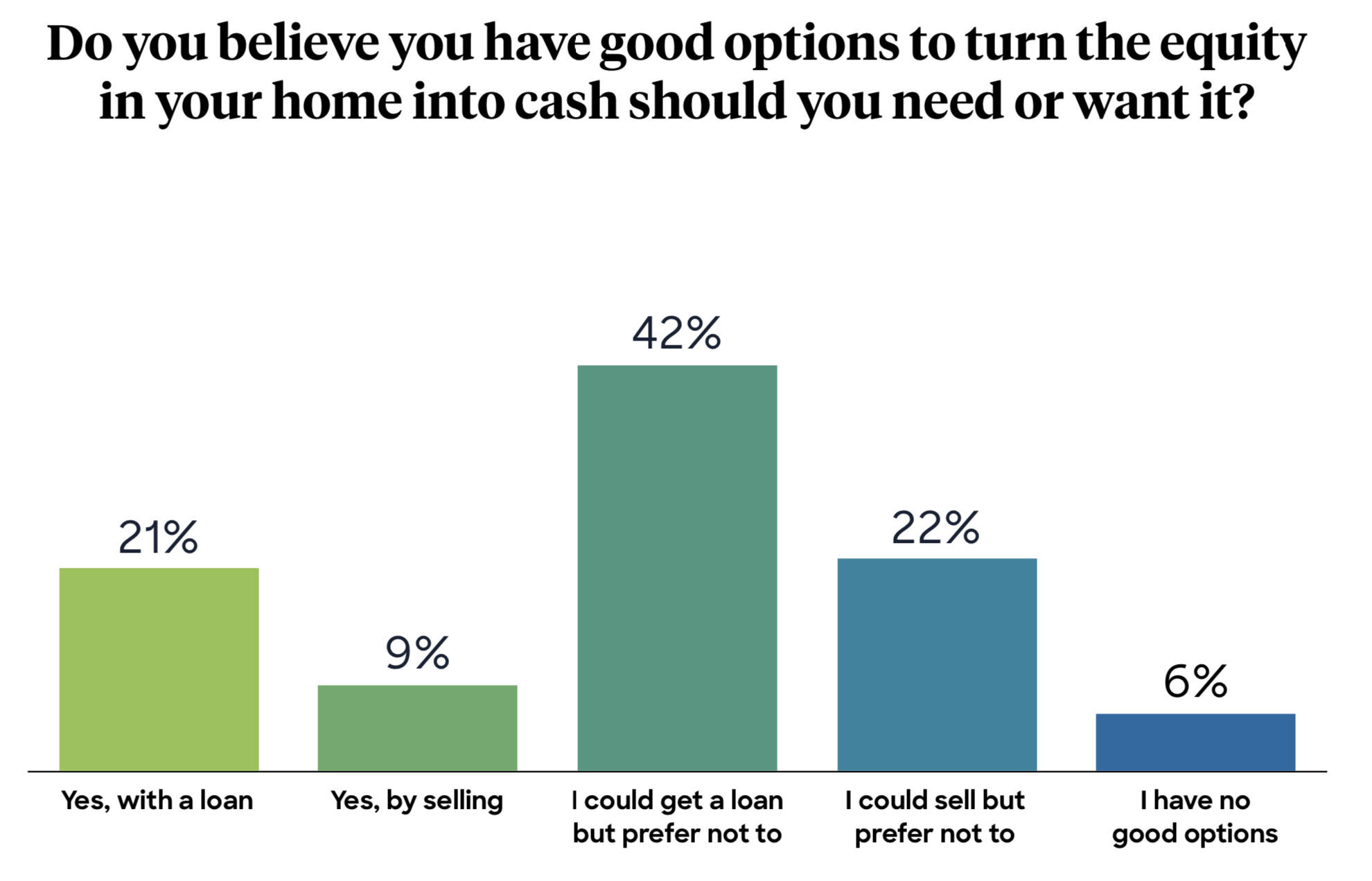 Do you relate to this house-rich, cash-poor feeling? Compare your options for accessing your equity.

If you haven’t purchased a home yet or are looking to invest in a second property, there are several hot spots where it pays to be a homeowner. In California, that hot spot is Sacramento. Those who want proximity to the Bay Area at a more affordable price are looking to Sacramento where the average home price is under $400,000—for now. Prices are expected to increase by 33 percent over the next three years.

Before accessing your home equity through a home equity loan or HELOC, compare all your available options, including home equity investments, to find your best option.

The the Fit Quiz