Homeownership By the Decade

A look at homeownership and how its challenges have evolved over time, from 1910 to today.

Have we been sold a false reality of the “American Dream?”

Historically, homeownership has been the American Dream that so many of us work so hard for. And, in theory, it benefits everyone:

As a result, the government has long encouraged higher homeownership rates, through tax deductions and funding programs, and the idea of homeownership as the “American-Dream” lives on…

How do we find balance between the benefits and challenges of homeownership?

As a nation, we’ve been trying to make homeownership more accessible and less stressful for over a century - and it’s hard.

Today, the burden of homeownership is so big that many homeowners (and new homebuyers) are suffering.

Buying a home has become astronomically unaffordable and, for those who have managed to purchase a home, the monthly bills never seem to end.

But, this isn’t anything new.

Every generation faces a new challenge of homeownership that yields a new solution.

Do we own our homes, or do our homes own us?

No matter the decade, the “American Dream” of homeownership has always been a leading financial goal. However, the debt and financial pressure associated with homeownership has had a grasp on homeowners since the early 1900s.
‍
‍For the majority, monthly housing payments, paired with unexpected life challenges -- like losing a job, paying for a child to go to college, funding a business -- seem to provide more hardships than freedoms.

There are no real estate license laws, meaning any home for sale is up for grabs to advertise and try to sell. It’s not uncommon to see 20+ for-sale signs on a property at one time from competing real estate brokers.

A thriving economy brings major Post-World War I upgrades to homes, such as a bathroom, central heating system, and electricity.

Other additions include toasters, vacuum cleaners, and dishwashers, as well as replacing iceboxes with refrigerators.

It’s the end of World War II, and returning soldiers need housing. The need for more homes to be built so fast has led to a shortage in housing material, so builders start making smaller homes (1000 sq. ft.) to keep up with demand and make supplies last.

G.I. Bill & the Birth of the Suburbs

The GI Bill, offering liberal home loans, combined with the end of the war, is the beginning of the baby boom – driving demand for affordable housing.

Homebuilders meet demand with an assembly-line methodology, creating cookie-cutter homes that are now our modern-day suburbs.

The Housing and Urban Development Act of 1965 creates HUD as a cabinet-level agency and initiates a leased-housing program to make privately owned housing available to low-income families.

The Rise of Inflation

The Garn-St. Germain Depository Institutions Act, removes restrictions on LTV (loan-to-value) requirements, permitting S&Ls to make risky loans. By 1989, more than 1,000 S&Ls fail, ending what had once been a secure source of home mortgages.

The Growth of the Housing Bubble

By 1996, HUD directs Freddie and Fannie to provide 42% of mortgage financing to borrowers with income below the median in their area.

With interest rates at their lowest, lenders approve “no documentation” loans, eliminating verification of income.

Borrowers with more home than they can afford stop making mortgage payments as their interest rates rise.

Banks begin to fail, leading to the housing crash.

Recovering from the Great Recession

After the housing crash, investors purchase many foreclosed homes and convert them into rentals, leading to the modern-day housing shortage.

The amount of tappable equity is now at its highest rate on record in the United States at $5.4 trillion.
‍
However, despite the monthly pinch homeowners may find themselves in due to student loans, credit card debt or inconsistent earnings, they borrow against only 1.25% of all tappable equity.

Tappable Equity is the amount of wealth available in a home for homeowners to borrow before reaching 80% of debt-to-value against the home.

Why aren’t we accessing that equity?

Some see accessing their equity as a risk, placing blame on past generations from the housing crash of 2008 that lost $3.3 trillion in home equity.

The majority have no means of accessing that equity without either going through arduous qualification processes with the bank to get an equity loan. The only option that offers any real solution is to sell the home - until now.

It’s time we made some changes to how we view homeownership.

Instead of passing homeownership hardships down to the next generation once again, we’re aiming to solve it once and for all.

Eliminate the “debt-stress” of monthly payments while bringing forward just a little bit of tomorrow’s home equity to today. 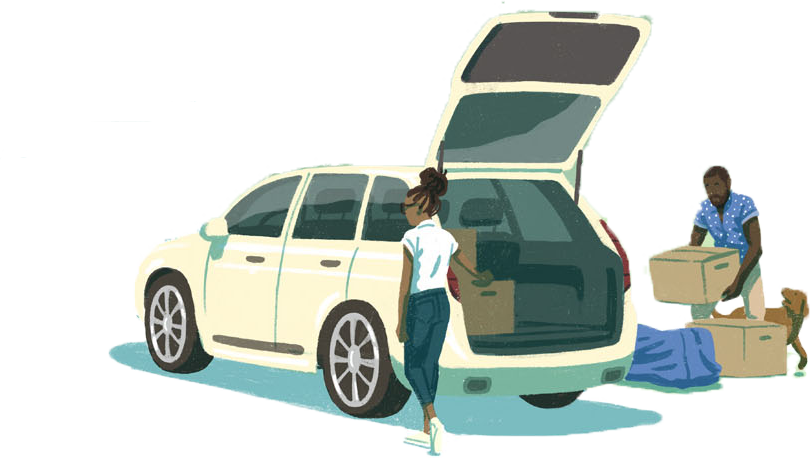 Each generation faces a new challenge of homeownership that yields a new solution.

Address the hardships of homeownership and end the debt-stress once and for all.

See how a Hometap Investment could help you by talking with a Hometap Team Member Today.