13 Questions with Hometap’s Head of Engineering

As Vice President of Engineering, Steve Leibman has an uncanny ability to both oversee his team of engineers and developers and roll up his sleeves and get into the weeds himself — a true subscriber to lead by example. Ensuring a seamless experience for both the user (in our case, our homeowners) and our internal teams takes the work of many, and Steve leads the charge, without ever losing his playful sense of humor. 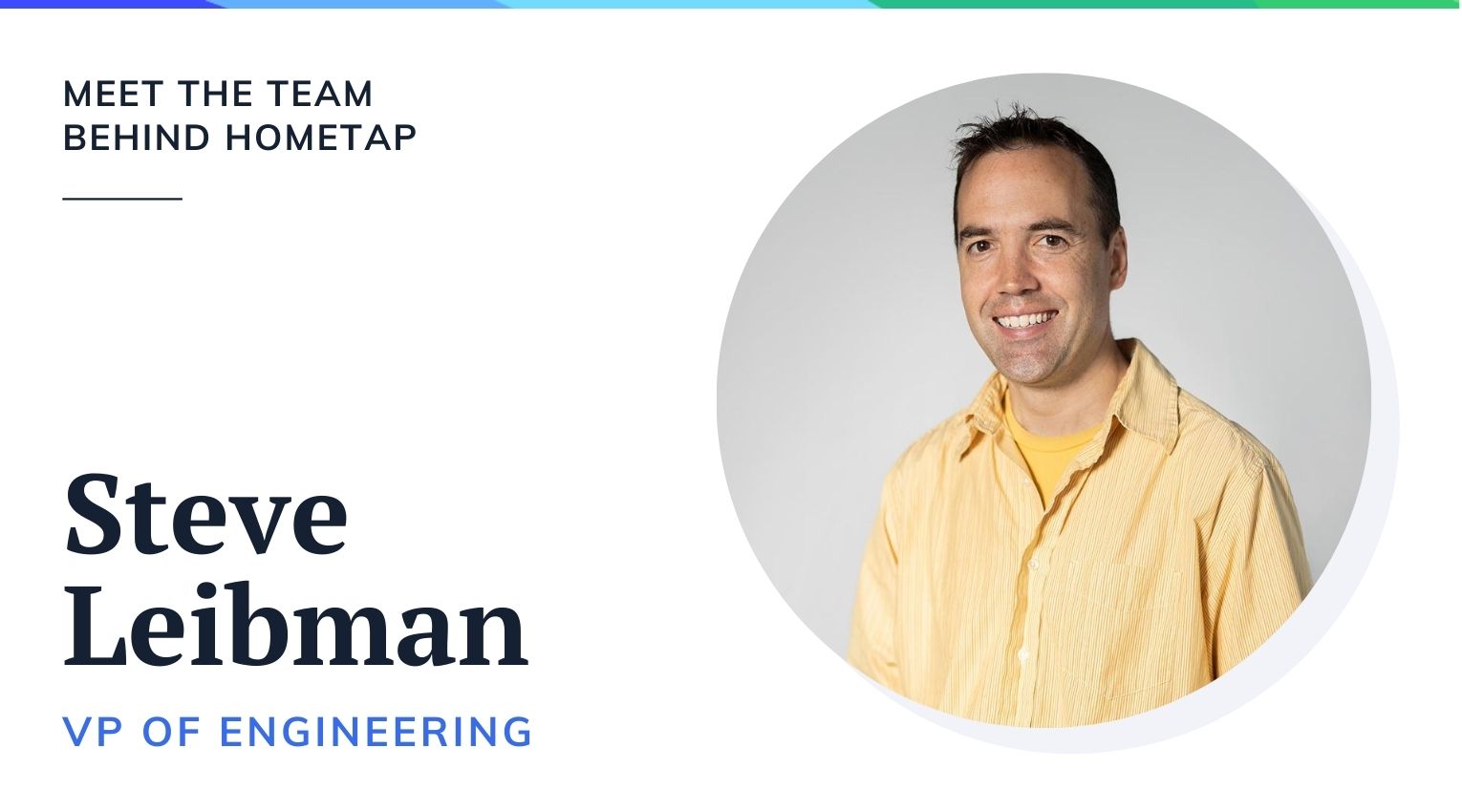 Q1: At what point in your education did you take an interest in software engineering?

In high school, I put a lot of energy into visual art. When it came time to choose a destination for college, I picked Cooper Union in New York City, because it has the unique combination of having both one of the best undergraduate engineering schools in the country as well as a great art school. That, along with the fact that it was free. The thing that ties the apparently different concepts of art and engineering together for me is that they’re tools for taking ideas and turning them into reality. I was drawn to a career in software when I discovered that it provides an easier, quicker, more iterative way to create an embodiment of ideas than any other tool I know.

Q2: You’ve worked at startups and well-established businesses like Paypal and Microsoft – what brought you back to a startup?

In startup companies, people work hard to put new ideas into action. When I was at Microsoft and PayPal, each of those experiences happened because our startups had done something successful and then gotten acquired by a larger organization. So in a way, I’ve mostly always been at startups.

Q3: How do you define and measure the success of a product?

Products need to deliver value to people in the real world. Great ideas are nice, but until they’ve been converted into something that real people are using, they’re not a success.

Q4: What’s the biggest challenge you face as the head of engineering?

Coordinating the software engineering team is even better than being hands on, building the individual pieces. Because in this role, I get to help ensure that a team delivers something bigger, better, and more ambitious than anything we could have each done on our own. But that’s also where the challenge lies — keeping everybody operating smoothly together and pulling in the same direction takes work.

Q5: How do you stay apprised of the most current practices within engineering? What are you reading? Watching? Listening to? Following?

A few years back, a guy on my co-ed recreational soccer team put together a news website as part of the startup accelerator program he was running. Paul Graham’s Y Combinator program turned out to be quite successful, and today, Hacker News is still the best source of information for what’s going on in the software world.

Q6: You have a patent for checkpointing and restoring program state! Now, what exactly  does that mean?

At Microsoft, we were developing a custom language for science and engineering applications. We wanted the code to be able to run on a distributed cluster of computers, and to make it so that any part of the program could be killed and restart where it left off, even on a different kind of computer, and to be able to do all this without the programmer having to worry about that possibility. There are several things that make this challenging, and the patent is for a new way of making it work.

Q7: Can you tell us about your position on the Board of Directors for Bike to the Sea?

There’s an abandoned rail line that curves its way through five towns from Boston to the waterfront in Lynn, Massachusetts. The Bike to the Sea organization formed around the idea of using that right of way to create a multi use path connecting these communities. In some ways this seems fairly straightforward, but in order to make it happen, it took two decades of volunteer work, coordination of politics in five municipalities, new legislation at the state level, and lots of fundraising to launch a multimillion dollar construction project. Parts of the path have now been in active use for a few years, and it has grown up to be a home to community gardens, parks, and public art. Final construction is due to be complete next year. 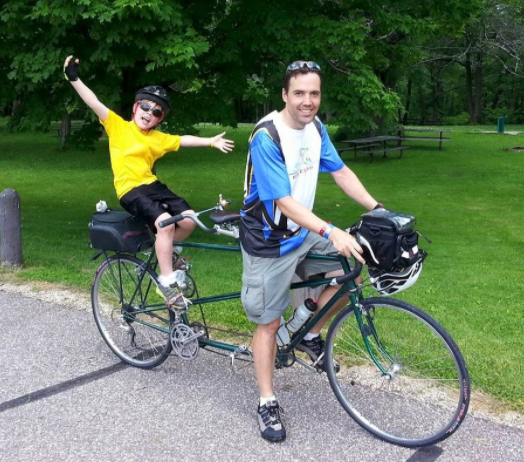 Q8: What are the qualities you’re looking for when recruiting members of your team?

Our software products exist to support our mission of helping homeowners, and so the most important thing for the people who build that software is for them to be tuned in to the needs of that audience. This means we need people who are thoughtful, detail-oriented, and good communicators. We have a small team, so everybody also needs to be inclined to step up and take ownership of a big piece of the puzzle.

Q9: Do you have a go-to interview question when interviewing? What is it?

I always want to hear examples from people’s past experience that tell me how they tackle challenges. Do they learn from failure? Do they have the intellectual curiosity that leads them to understand what’s going on inside a system? How do they make sure that they’re building the right thing, and how do they change direction when necessary?

Q10: What was it that appealed to you about Hometap as a business?

I was drawn primarily to the people. We have a team who has seen an opportunity to make a positive difference and to build a successful business, and they have the experience to make it happen.

Q11: If you could trade jobs with anyone else at Hometap for a week, what position would it be?

I would want to rotate through all the jobs. From sales to marketing to design, they’re all interesting and difficult in their own way.

Q12: What’s one quality someone needs to be successful at Hometap?

They need to be a good team player. We have aggressive goals that can only be met by working together. This means that they need to value other people’s contributions, they need to assume positive intent in others, and they need to step up to help move initiatives forward.

Q: What qualities do you look for in a company’s office culture?

Hometap has done a better job of codifying our cultural values than most other companies I’ve seen. These values happen to align quite well with what I think is important, so I’ll lean on these for explanation. Our expectations are that everybody is both a good owner and a good neighbor. A good culture has people who are taking charge of what they think is important (not waiting for others to do it), while also creating a supportive environment that allows everybody else to similarly take charge of the things they can contribute to.